I am back!! After some initial sickness post travels and adjustment needed for time difference…I am almost back to normal… Back to work already :(…saving up for that next holiday.. HAHA

I have decided to split my post about New Zealand into separate posts! Today’s post will be about the food I ate in NZ…! The next one is probably going to be places I went to…and  the third about the activities I did while there… I hope you enjoy this short mini-adventure series…since I don’t go on as many travels since I started working 😦 #sadlife. #worklife

It was great to get away from work and to destress…soak in the views…and eat some really yummy foods!! My friend and I aren’t foodies…but we do love getting recommendations from locals and from people who have been to Queenstown NZ before.

From left to right: The sashimi was really nice and soft in comparison to Australias…The Cheese potato pancake was a first for me…so yummy! The Japanese pancake was really yummy and cooked just right. The last dish on the right is lightly fried scallops with wasabi sauce…also really really yummy.

Underneath that is some Vadu and Larder cafe…in which I got a pulled pork burger with fries and a matcha latte…while my friend got a salad with a Tumeric latte.

There was a french restaurant that had lots of icecreams and chocolates…I got a vanilla bean popsicle and opted to have it coated in dark chocolate…so yummy..while my friend got their raspberry sorbet in which had won a few awards.

The next meal with the pasta and the pizza..was at ‘THE COW’, which was recommended by one of our tour guides in Glenorchy as a good place for Italian food. She recommended that we MUST order the garlic bread (which I forgot to save a photo of) and you will know why when you order it…it is very unique. I will let you go and try it yourself to find out why! At first, we were just going to order a vegetable pizza (The just wrote it would be any vegetables they had on hand)…but then we saw that they do half-size pasta and we ordered the half-size seafood pasta…and I am so glad we did! The pasta was the favourite of the day! It was so yummy and light…with fresh seafood. The vegetable pizza was interesting! It had lots of vegetables as promised…mushroom, tomato, celery, zucchini…but I personally ain’t a fan of celery…especially not on a pizza!

Here’s a photo from our trip in Arrowtown of the ‘Flat white’ I ordered… I am sure I ordered a latte…but I think I got a flat white instead??? It was more bitter and did not have as much froth as I would have liked…but maybe it was because I asked for soymilk.

Like I said before, NZ seems to have a lot of Japanese Restaurants and to my excitement, they were just opening up a new GreenTea Dessert Place called Tsujiri…which is a well known Greentea company in Kyoto, Japan…which has branches around the world… Their tea is really nice! I have tried it before from Kyoto. It is a bit on the dearer side for tea, but it is really good stuff. I had a Matcha Shaved ice with Matcha Softserve and shiratama. The soft serve was delicious, not too sweet, bitter but that’s the way I like it. My friend ordered the matcha crepe…and it was probably the best matcha crepe I have had! Really recommend trying this in Queenstown -or wherever there is a branch :P!

Back in Arrowtown, this is the bakery that is well known in this area…They have an assortment of different pies on sale..including a butter chicken pie! Unfortunately, I was quite full from our brunch and only bought a vegetable Calzone (No photo sorry) and an Apple Strudel (which I didn’t really like because it had sultanas-which I am not a fan of). My friend bought a cinnamon scroll..it looked delicious …but I didn’t get to try 😦

Last but not least, We splurged on one of the dinners using the deal on 1st table..which allows us to book an early table ($10 booking fee) and get half-price off the final bill. This dinner was really worth it..as we really wanted a taste of what seemed like ‘Typical New Zealand food’. This three-course meal was normally $60 per person, but thanks to the deal we only paid $35 per person. After the first two dishes came out…firstly a soup..then some damper (I think) and some salmon..on the plate with the salmon..it actually isn’t caviar or salmon on there! I think it was some sort of jelly that was made to look like it and some cooked watermelon…very smart! The ‘Final course’ was actually four dishes which surprised both my friend and I..as we were expecting maybe one dish to share. This is where I fell in love with the Kamara Potatoe…These were the best potatoes I have ever eaten…so crispy…so delicious. The lamb in this meal was so splendid and beautiful…melt in your mouth special! With the dish in which I think they are rice balls (?)..that was quite nice too…but the roasted vegetables underneath them were a little bit too dry for me. ALSO I must rave about the chocolate covered broccolini…who would of thought dark chocolate and vegetables would mix SO WELL? So yummy…I am thinking of imitating this at home…so nice….

Those last two photos of snacks that tasted good in NZ are their chips…Made from NZ potatoes! SO tasty…And also in the centre of Queenstown and literally also in every store that sells food…is COOKIE TIME. We went to the actual store..and yeah it’s super busy….and you can get lots of freshly baked cookies there! It is quite yummy…but it makes. a big difference when you buy the fresh ones from the store 🙂 I bought some back as a souvenir for my Aussie friends and family.

-At top of Skyline Gondola- The cafe there is pretty nice…I had a mixed berry crepe there…quite nice! My friend bought some Tip Top Icecream up there..it was quite generous for the amount they give you…I think it is an NZ brand of ice cream.

-Ferd burger, Ferd Bakery, and Ferd Ice cream. They are all in a line next to each other..and you can’t miss it…there’s always a line outside Ferg Burger. To be honest, the burger doesn’t look that awesome on the outside…hence no photos posted…but it tasted really nice! I got the lamb, but my friend got Venison…but yeah I preferred mine more…Would I get it twice? Probably not…the line up was about half an hour…then we waited an extra half an hour because they forgot my friend’s order…really bad service…and I guess average food…but …it is quite cheap in comparison to the other places we ate at I guess!! Worth trying…but make sure you ask where your order if you suddenly see other people’s numbers going before you.  They have the feeling of being a fast-food restaurant with no service…but yeah charging more and slowish service…

I think that is mostly what I ate out! If I didn’t take a photo or mention it here…it probably wasn’t worth mentioning! I had a great time eating delicious foods while here… 🙂

Thanks for reading and supporting this blog as always :))!! 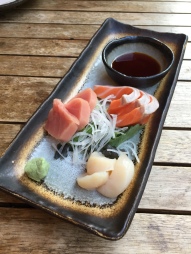 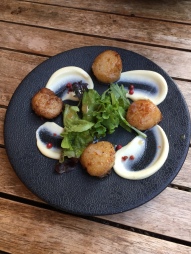 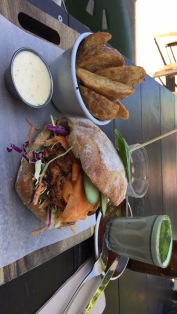 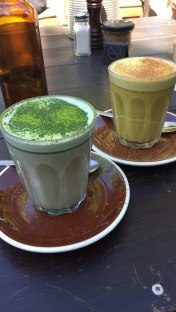 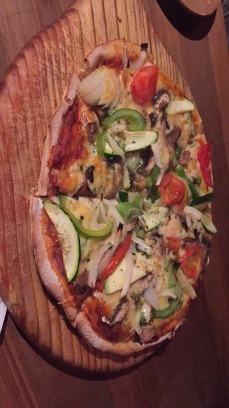 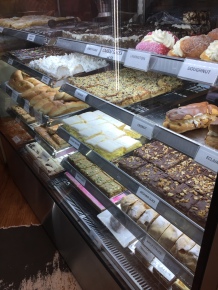 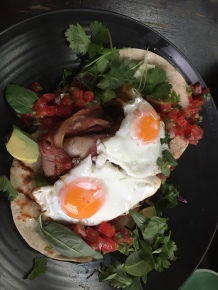 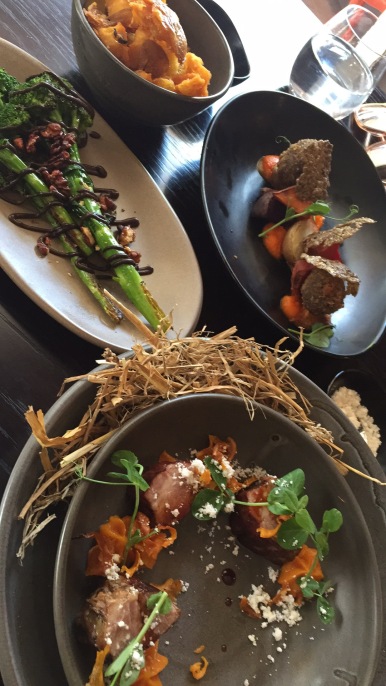 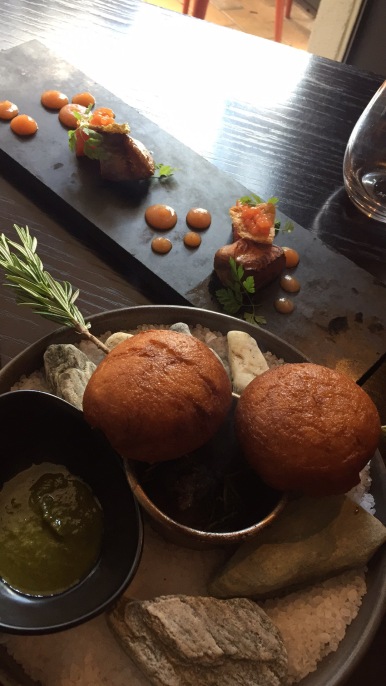 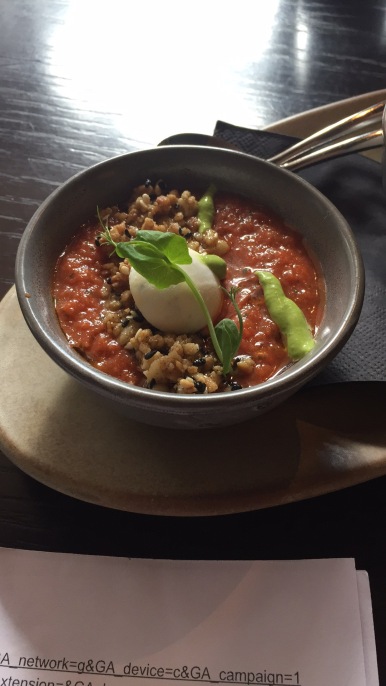 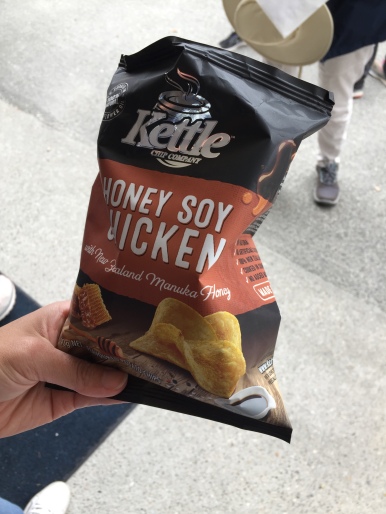 Other posts this month!

Translate into your language